At a time when supplies of ‘easy’ oil are perhaps falling away, Xcite Energy Limited is marking itself out as an appraisal and development company focusing on offshore heavy oil.

The company believes that this area presents a niche for significant growth and value addition. Through its subsidiary, Xcite Energy Resources Limited (XER), these activities have so far been focused on the development of discovered resources in the UK North Sea, namely the Bentley field. “We acquired this field through the Promote Licence Round in 2003,” explains Charles Lucas-Clements, director of strategy and business development. “We’ve pursued a methodical and progressive appraisal programme over the years, enabling us to bring oil to surface in 2007, through to delivering 250 million barrels of 2P reserves in 2013 after a highly successful pre-production extended well test (“EWT”) which was completed in September 2012. We also have peripheral assets and were awarded three adjacent blocks in the 27th Licensing Round last year.”

Looking at this activity in more detail, XER has actually successfully conducted three drilling programmes with five penetrations of the field, including sidetracks and laterals, since the licence award. The total investment to date has been around $350 million, approximately $250 million of which went into the EWT. 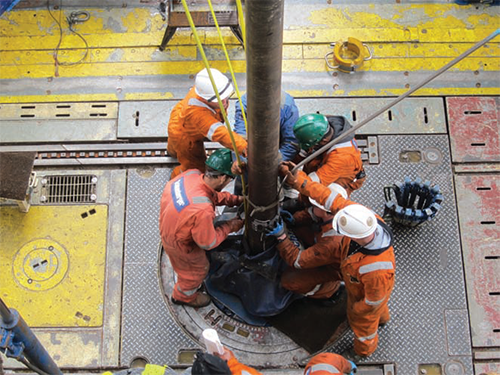 “Throughout the EWT we gathered a vast amount of information, which together with new 3D seismic, has enabled us to increase our in-place volumes, revise our development plan and materially increase our reserves. It has required a long year of hard work to deliver, but the EWT has met and exceeded our expectations not only in its results, but also the quality and extent of data that was collected,” enthuses Charles.

In preparation for the EWT, XER expanded its corporate office to bring in necessary skills including the appointment of a new operations director, operations manager, and engineering manager. “I think that key to our success has been finding highly experienced people that can really contribute to the team,” notes Charles. “As well as operations, we have been building up our engineering and well completion skills sets, based on the importance of drilling and operations going forward.”

The results of the EWT have been critical to planning the ongoing development programme, which is split into two phases – Phase 1 and Phase 2, covering the northern and southern areas of the field respectively. The development programme extends over approximately two years with current anticipation of first oil in late 2015, with the phases now being of a similar size, with Phase 2 beginning some five years after the start of Phase 1 and then both running concurrently from that point onwards for the 35 years of field facilities design life. The EWT has also proven up many of the engineering solutions and techniques to be utilised in the development plan, such as the use of an FSO to dehydrate the fluid.

Alongside this work, XER has been running a programme to identify enhanced oil recovery techniques (EOR). After lab work based on samples taken from the reservoir and aquifer, the company has shortlisted polymer injection as the most suitable EOR technique. It is also building a pilot programme into the first stage of development in order to prove the concept, and lead the way for a full EOR implementation in Phase 2.

The year ahead again looks busy for the business as it works to capitalise on the last decade of work in this challenging niche. In a further step forward, XER recently started the farm-out process, which it sees as a key part of the future financing strategy for the development of the field. “We also hope to expand the RBL facility based on the increased scope of the first phase development. These will trigger the full development programme,” notes Charles.

Certainly the industry seems to be pricking up its ears with regards to the progress the company has made in transforming heavy oil resources into viable development propositions, and it comes at a time when heavy oil projects are being advanced in the North Sea.

Picking up the thread Charles adds: “In the process of executing the programmes so far we have developed an extensive knowledge, not only of the Bentley field and the engineering solutions needed to successfully commercialise a reservoir of this type, but also how to manage a significant offshore, heavy oil project. One of the key things in this industry is the sharing of knowledge when moving into new areas, and we are keen to do this with others just as they are keen to speak with us.”

Indeed it seems the Bentley field is just the starting point. XER has also been collecting licences in neighbouring blocks, most recently in the aforementioned 27th Licensing Round. ‘It is our belief that these prospects may contain a lighter oil which could be used as a diluent in the future, so the aim is to appraise these with a view to a tie back into Bentley as we go forward,” comments Charles.

“This forms part of our strategic plan for the next few years which is centred on selecting a suitable development partner, completing financing, and getting the Bentley field producing. We also want to prove the EOR techniques through the pilot programme, and implement the second phase of development, whilst continuing to look for other suitable opportunities,” he concludes.