Back to Profile Gallery > YPFB Bolivia

Yacimientos Petroliferos Fiscales Bolivianos (YPFB) was first founded in 1936 by the Bolivian government following regional conflicts over the alleged existence of oil. What emerged was a very swift nationalisation of all Bolivia’s energy resources and the pillars of the company’s continued development were built through a thorough and professional training programme. For its first few decades YPFB experienced significant growth with the state supporting the construction of refineries, pipelines and important infrastructure to take its products to market in the forties. In the fifties, a decade often referred to as the business’s ‘Golden Stage’, the company hit a major milestone by, for the first time, exceeding domestic demand and allowing Bolivia to become an oil export nation, thus eliminating its need to import. Thanks to the construction of the Camiri-Yacuiba and Sica Sica- Arica pipelines, exports to neighbouring began. 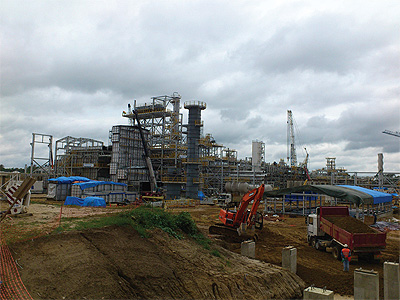 The sixties continued much of this positive development as the firm started to attract foreign investment into the continued exploration and drilling and in 1966 excellent results were born from the Monteagudo well. This decade also marked the creation of the Gas Division, which began exporting to Argentina in the seventies. Following this strong period of development, however, Bolivia and YPFB experienced social and political instability, which saw the company ‘dismembered’ by private investment. Yet during the 2000s, after continued civil unrest, nationalisation was restored and today, upon its 80th anniversary, the company continues its successful operation as the sole authority over the production and marketing of hydrocarbon products in Bolivia.

At present YPFB is heavily committed to developing the industrialisation of its energy resources across Bolivia, and as such numerous growth projects have been put in place over recent years. In August of 2015 for instance a new hydrocarbon liquid separation plant went into operation. With the capacity to produce 2247 metric tonnes per day (TMD) of LPG and process 32 million cubic metres of natural gas per day, the new Gran Chaco plant in the Tarija region of Bolivia cost around 640 million USD and is the largest in the country – in fact it is that third largest of its kind in Latin America. Highlighting the significance of this plant, the current domestic consumption of LPG in Bolivia is around 1000 TMD making the state a key net exporter in the region.

This increase in capacity is a key indicator to YFPB’s current state-led development programme which, over the next few years to 2020, will see additional investment of 12,681 million USD into the strengthening of exploration activities and the development of marketing activities across Bolivia. The majority of this – 57 per cent to be precise – will be directed towards the exploration and exploitation of hydrocarbons with the goal to increasing natural gas reserves from 10.45 trillion cubic feet (TCF) in 2013 to 17.45 TCF in 2020, and liquid hydrocarbon reserves from 211 MMbbl to 411 MMbbl over the same period. In turn this will allow for the increase of production from 60 MMmcd to 73 MMmcd, meeting the demand of both domestic supply and export contracts to Brazil and Argentina.

In addition to this 2657 million USD will be allocated to the industrialisation of hydrocarbon activities in the market, with much of this aimed at the conclusion of a Urea and Ammonia Plant in the town of Bulo Bulo in the province of Cochabamba Carrasco. Set to begin operations in the second half of 2016, with its first bags of fertiliser hitting the market in time for the 2017 harvest, the new complex will have a production capacity of 1200 TMD of ammonia, and subsequent output of 2100 TMD of urea fertiliser. The impact of the plant will help serve the growing demand for high quality fertiliser in Bolivia, thus driving the modernisation of agriculture, whilst also creating value for its own natural gas supply and reducing the market’s import reliance. Further industrialisation projects include the building of a new propylene and polypropylene plant in Tarija, which is set for completion and start-up in 2021. 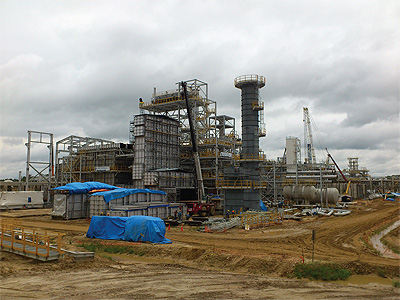 The investment will also help continue the development of the country’s hydrocarbon transport infrastructure and around 871 million USD will be allocated to an important social project to connect a million households to the LNG network. The aim is to create 100,000 additional connections every year from 2016 to 2020, benefiting more than 50 per cent of the country’s population.

Helping to deliver this is the establishment of a virtual gas network to compliment the conventional systems that fail to reach some of the most remote areas of Bolivia. By using a fleet of LNG tankers plus a network of satellite regasification stations, LNG will be transported from the Rio Grande liquid separation plant to these remote populations, helping to not only boost the industrial productivity of Bolivia, but also improve the lives of its families and reduce their reliance on LPG and gasoline.

It is no secret that Bolivia has experienced a tumultuous and challenging history and this has often impacted YPFB quite considerably. However, under a strong leadership and focused expansion strategy, the present state of growth and development as a national company serving the economic needs of its population, is extraordinary. Significant investment continues to be delivered into some of the most hugely important projects, which is allowing both reserve and production capacity to increase. With a focus on not only the industrialisation of Bolivia’s hydrocarbon activity, but also on the support of its people, YPFB’s activities are playing a key role in the growth of both the country’s domestic and export economy and looks set to secure a bright future for years to come.

Source: all statistics taken from www.ypfb.gob.bo/es/