Operating as part of the wider Apache Corporation, the activities of Apache Egypt began in 1994 with the company’s first Qarun discovery well. Today, Apache Egypt represents one of the largest acreage holders in Egypt’s western desert, and – at the end of 2014 – Apache Egypt held 6.8 million gross acres, of which 71 per cent is undeveloped. As such, the company benefits from access to considerable exploration and development opportunities for the future. “We are the leading oil producer in Egypt with gross production of more than 210,000 barrels of oil and condensate per day, which represents roughly 30 percent of Egypt’s total oil and condensate production,” elaborates Apache Corporation Region Vice President – Egypt Region and General Manager of Apache Egypt Tom Maher. “We are currently the third-leading producer of natural gas at 900 million cubic feet per day, which represents approximately 20 per cent of Egypt’s total gas production.” 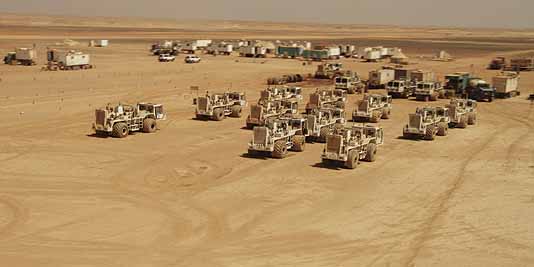 During Q4 2014, Apache Egypt made discoveries in its Berenice and Ptah fields, each of which are located in close proximity along the same fault in the Faghur Basin. Following the announcement of the discoveries, development leases were approved in record time in November 2014, during which time the company also achieved its first production from the fields and development started. “Since November 2014, we have drilled a total of ten wells, five in each field. Nine of the ten wells are producing more than 23,000 barrels of oil per day. That is an average of more than 2,500 barrels per day per well, which gives you an indication of how good these two fields are. We have produced more than three million barrels of oil to date, and the wells are exhibiting shallow declines. We expect ultimate recovery from both fields to be around 50 million barrels,” Tom says. “There is still more development drilling to do, particularly in Ptah Field, which is the larger of the two fields and has two major producing formations (AEB-3D, E and Shiffah). We are currently adding additional production facilities, particularly pipelines, in order to increase production from these two fields when we resume development drilling late in the third quarter.”

Throughout the rest of its holdings in the western desert, Apache Egypt is keen to continue development and has recently enjoyed further success, as Tom reveals: “As far as our outlook for the western desert, we are very bullish. We have made four additional new field discoveries thus far in 2015 in four different basins; two of these are oil, while the other two are gas-condensate. In addition, we have made great strides in understanding the geological complexity of the Paleozoic strata traps, such as in our Ptah Field. We are working hard to improve the quality of our deep-seismic imaging to enable more reliable mapping of these strata traps, which tend to be larger than conventional structural traps.” 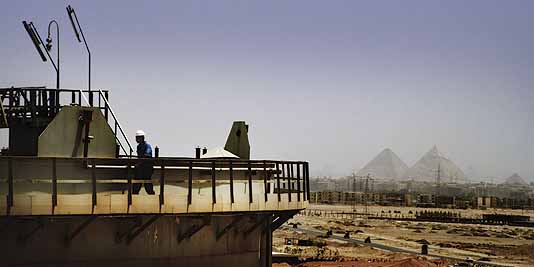 Further to its current operations, Apache Egypt is also implementing projects to deliver Egypt’s first unconventional stranded-gas development in conjunction with Shell, as well as further works that are due to offer returns early in 2016. “Apache and Shell are moving forward together on Egypt’s first unconventional stranded-gas project on the JD Development Lease within the Northeast Abu Gharadig Concession (NEAG). The project is often referred to as the Apollonia Project. There is a misconception in the media that this project targets shale gas, but the Apollonia is actually a shallow porous chalk (limestone) that is gascharged in many parts of the Abu Gharadig Basin. Three old vertical wells produce small, uneconomic amounts of gas. It is our belief that employing the latest in horizontal drilling and multi-stage fracture technology, as used in North America, will result in much higher producing rates and ultimate reserve recoveries that will make this gas resource economic to develop. If we are correct, we will move into a full-field development,” Tom says.

“Our Khalda Petroleum joint-venture company will be operating this project through a service agreement with Shell’s joint-venture company Badr El Din Petroleum (Bapetco). In our pilot project, we have committed to the government to drill three horizontal wells which will undergo multi-stage fracture stimulation. We are currently drilling the first of two vertical data wells, which will be cored to provide some additional data we need to better plan the horizontal drilling and completion operations. We expect to drill the first of the three horizontal wells in the fourth quarter this year and see first gas production in the first quarter of 2016,” he concludes.