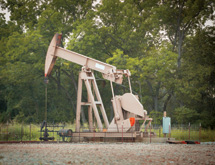 Crown Energy Co. is a major player in mid-continent oil and gas plays, not just for its own interest but for others, as well. The 18-year-old company oversees more than 350 oil and gas wells for clients large and small as a contract operator. “We are kind of like company men on a project,” explains David A. Walls, general counsel and vice president of land and legal. “We help get the wells planned and drilled. Once they get drilled, we contract-operate them.”

The company’s reputation for being good at its job attracted the attention of private equity firm Kayne Anderson Capital Advisors L.P. in Houston, which funded the management team in 2012 for a new venture. The newly formed Crown Energy Resources LLC finds and exploits low- and moderate-risk oil and gas projects.

Crown Energy Company also has two affiliates, Basin Engineering LLC, a provider of exploration and drilling project management, as well as Basin Environmental & Safety Technologies, which is involved in site remediation and waste transportation and disposal.

Horizontal Drilling
Among the factors that make Crown Energy popular with clients is its expertise in horizontal drilling, a technology in which it was a pioneer. It acquired its expertise in part through the formation and operation of Quantum Drilling Motors and Directional Services, which it sold in 2005 to Diamondback Energy Services.

From the beginning, “We have mainly focused on continued refinement and development of horizontal drilling techniques,” Walls says. “We have drilled horizontally in pretty much every environment. By that, I mean we have done every kind of depth or area formation. We believe there is often horizontal opportunity in areas where vertical wells have proven that the rock exists and will give up hydrocarbons.”

Crown Energy has worked on vertical wells as shallow as 400 feet and horizontal wells as deep as 25,000 feet. It has also drilled in critical environments involving abnormal pressure conditions, poisonous gas and under-balanced drilling.

Cost Control
In addition to its technological prowess, it is the company’s ability to drive down costs that appeals to clients. “That’s where we are focusing and leveraging our experience into,” Walls says. Even at $100 per barrel prices, it always comes down to how much it costs to get the oil out of the ground and what can be done to reduce those costs, he says.

This ability to manage costs is critical when overseeing more than 350 wells. “People ask, ‘How can you do that?’” Walls says. “We always respond when you are in a big company, everything depends on processes.