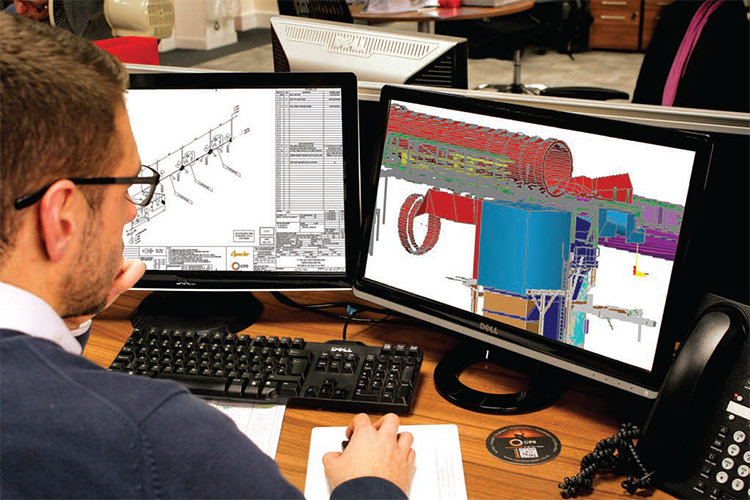 Celebrating its 25th year in operation during 2014, Caledonian Petroleum Services (CPS) has developed a highly trusted reputation as a leading supplier of support services relating to fabrication, project management and manpower services for the offshore industry.

The company has performed strongly since its inception and was acquired and became part of the Global Energy Group (GEG) during 2010. The CPS brand was retained and has continued to strengthen its fabrication service with the acquisition of A&B Welding in 2012, and its most recent acquisition of S&D Fabrication as of 2014. Today CPS is able to offer full turnkey solutions in structural fabrication, pipework, site services, offshore services, dimensional control, 3D laser scanning, and design services from three facilities in Aberdeen and a further base in Dunfermline, which specialises in vessel design and fabrication.

Integrity service
CPS differentiates itself from other companies in that it has developed a niche service that targets, support and delivers service operations for older, mature assets. As discussed in Sir Ian Wood’s report under the Asset Stewardship Strategy, asset integrity is a primary objective. “The biggest challenge in the UK is in supplying a service in a mature market at a lower cost,” explains CPS’s Raff Celentano. “We can not keep doing the same thing over and over again and expecting different results.”

Trying to apply the usual tools is not cost-effective on mature assets so this becomes the challenge, how you provide support to mature, and lower production assets? “This is where we fit in, we provide a level of support appropriate for that asset. We provide practical solutions to the mature asset market, which has been recognised by Apache. We have worked with them since 2005 and in 2012 we were awarded a contract for a further three years delivered to the company.”

By focusing its efforts on meeting the needs of clients managing mature assets that require a ‘lighter touch’ and a more specialised approach to maintain, CPS has positioned itself as a vital part of the support network within the offshore industry. Raff likens the company’s role to that of a mechanic in the automotive industry, saying: “CPS are the mechanics supporting our clients’ MOT rather than designing and building the car from scratch, which the larger engineering companies perform excellently. It’s about doing what you need to do to maintain integrity.”

Through a combination of steady, organic growth and expertise added by its recent acquisitions, CPS is uniquely placed to provide an ‘Integrity Service’ to ensure that these mature assets remain productive and profitable. For example, during 2012 Global Energy Group amalgamated its specialist survey company, Global Dimensional Controls Ltd (GDC) with CPS, 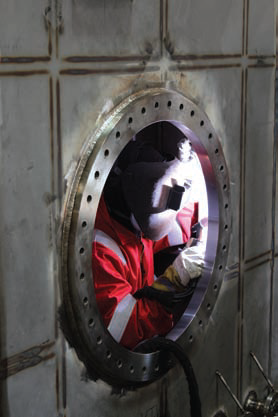 optimising its existing design capability by bringing outstanding dimensional control and 3D laser scanning services under the same umbrella as the company’s already comprehensive service portfolio. This was an important development for CPS as it brought several services vital to maintaining mature asset integrity into the company, significantly bolstering its ability to deliver a fully turnkey service.

Dimensional control for example is predominantly used in spool replacement and routing of new piping systems, where an extremely reliable feed of data, coupled with the development of CPS’ own software, provides precise lengths for piping as well as flange deviations and bolt hole rotations. For the client dimensional control delivers a host of benefits including accurate tie point information to guarantee first time fit, clash free routing of new piping and structural systems, the elimination of ‘hot work, the ability to be carried out while the plant is live and the prefabrication of replacement parts greatly reducing shutdown times. Furthermore, the 3D laser scanning technology brought into CPS by GDC Z+F HD Scanners, can survey 50.5 million points, with a range of up to 80m, in less than seven minutes. Scans can be co-ordinated and stitched together to form a 360˚ master cloud point database that can be used alongside existing software to provide comparison between design and as-built, making the technology useful in both design and diagnostic roles. It can also be integrated with AutoCAD to facilitate modeling alongside the scan information.

Building the skills
At the core of the business is a strong belief in the investment in the technical skill of its staff, both for today and of tomorrow. “As we have grown we have always made a strong point of ensuring that we have the right resources,” says Raff. “We have always had a very strong fabrication apprenticeship scheme and take on around six fabrication apprentices each year in what is a very robust programme. Additionally, we have a strong relationship with the Prince’s Trust and became heavily involved in its ‘Get into Oil and Gas’ programme. We first became involved around a year and a half ago in helping disadvantaged people through the programme and a number of them are now going through our apprenticeship scheme.”

In an industry first, CPS in partnership with Scottish Credit and Qualification Framework (SCQF) has also established the CPS Academy, which is notable in that it is the first and currently only organisation to have a training programme accredited by a university as a third-party partner. “We have recently looked into one of the key elements of integrity, which is survey,” Raff elaborates. “With the support of SCQF we have developed a qualification for offshore oil and gas survey sector, which has been accredited by the Robert Gordon University in Aberdeen. This is the first time they have accredited a third party course and we are very proud of that.”

As CPS moves forward into the future it will continue to develop the academy and its services and ensure that it has the right skill-sets to carry the business well into the future. The company’s progressive attitude towards training and career development has earned it a retention rate of 92 per cent amongst its staff, and the CPS Academy is an industry defining first that is sure to influence the direction of offshore training in the future. With such a forward thinking philosophy engrained into the business, it is unsurprising to think that CPS has a very bright future indeed.