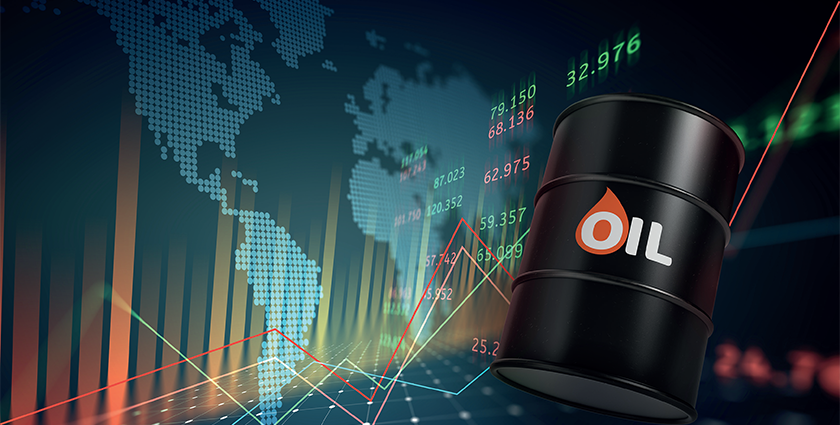 Europe is facing an energy crisis with similarities to the 1973 Oil Embargo. As America exited Vietnam in 1973 as an exhausted great power, the Arab-Israel War commenced in October of that same year and the oil embargo and oil crises began. By the end of the embargo in March 1974, the price of oil had risen nearly 300 percent.

In many ways, the Green and ESG anti-nuclear and anti-fossil fuel agenda has created an underlying weakness which aides and abets Putin’s war of aggression, and strategy of destabilizing Europe through restricted energy supplies. History does indeed rhyme.

Which industrial concern can afford to profitably operate when French one-year forward baseload power hits Euro 543 per MWh and German at Euro 414 per MWh? For context, provided by Bloomberg columnist and author Javier Blas, the 2010-2020 average for both is about Euro 45 per MWh. Let that sink in.

What we need to agree on right now is how we got here, so we can quickly reverse course. The fact is fossil fuels, which include oil, natural gas, and coal, represent approximately 85 percent of primary energy supply globally. The mission of the Green ESG agenda, to insist on policies designed to drive installations of renewables, which today represent only five percent of primary energy, so that solar panels and wind turbines replace nuclear and fossil fuels, is totally and utterly ridiculous.

What is even more curious and shocking is how this dangerous ideaology caused an ‘engineering nation’ like Germany to ignore energy physics and allow itself to become massively dependent on Russian energy. Germany is only one (albeit extreme) case study of major nations throughout Europe (UK, France, etc.) finding themselves headlocked and in the same dire situation.

The policy making elites in European government and academia, including the public pension funds and the financial system, have become inebriated with faulty logic and discourse, creating an unprecedented, self-induced, energy crisis caused by anti-fossil fuel and anti-nuclear policies.

CCS and finding the radical middle
The oil & gas industry must work with government, the financial system, and the environmental movement as partners, notwithstanding that many of these stakeholders are advocating for the elimination of the industry. Carbon capture and storage (CCS) provides a viable means to reconcile energy demands with the need to reduce emissions.

CCS is a critical technology solution that could provide long-term certainty for the oil & gas industry because we would be actively and directly addressing society’s demand for lower emission, yet clean and reliable energy products. CCS is economically enabled by government placing a value on avoided emissions. By advocating for carbon prices, the oil & gas industry can work with government to set the stage for increased energy development and lower emissions.

With a defined and measurable solution to GHG emissions, CCS can unlock capital investment in energy production by providing certainty for long-term investors that energy projects are sustainable. Critics of CCS claim the technology will prolong the fossil fuel age. Ironically, CCS is one technology that may ensure the world will have sufficient fossil fuel supply to avoid an ongoing energy calamity and unimaginable suffering for billions of people.

Taking cues from Uncle Sam
While Europeans may not always agree with policy from Washington, the Inflation Reduction Act provides actionable metrics and carrots (via tax credits) to encourage cleaner, reliable energy investment via CCS. The US is on the right road, with Canada not too far behind.

Under the bill’s provisions, any carbon capture, direct air capture or carbon utilization project beginning construction before January 1, 2033, will qualify for the federal 45Q tax credit.

Additionally, project developers will have the option to access direct pay for the full value of the tax credit for the first five years of a project, once the carbon capture equipment has been placed in service with the option for direct pay fully phasing out for the remaining seven years of the credit.

Furthermore, the legislation significantly boosts credit values to accelerate project deployment and emissions reductions in key sectors:
• Increasing the value of 45Q for industrial facilities and power plants that capture their carbon emissions to $85 per metric ton for CO2 stored in secure geologic formations
• $60 per ton for the beneficial utilization of captured carbon emissions
• $60 per ton for CO2 stored in oil and gas fields