After being idled amid Covid-19, Newfoundland’s Come By Chance refinery has found a new lease of life as Braya Renewable Fuels – now being converted into a renewable diesel biorefinery, it’s set to fuel Canada’s green energy transition

Stretching back more than 50 years, the story of the Come By Chance Refinery is one of ambition, determination, and renewal. The facility is located on the isthmus of Newfoundland’s Avalon Peninsula, overlooking Placentia Bay. The construction of the Come By Chance commenced in 1971, led by American businessman John Shaheen, with the support of British company Procon Limited, but despite launching operations in December 1973, they proved short-lived. By 1976, less than three years later, the refinery fell into bankruptcy.

A second chance for the Come By Chance did indeed come when, after lying dormant for four years, the refinery was purchased for a fee of $10 million by Petro-Canada. The move was one of a number of acquisitions completed by the then-state-owned corporation, as it sought to establish itself as a major player within the domestic oil market. However, despite the Come By Chance’s promise, the corporation opted against reactivation. Instead, the refinery was sold to Newfoundland Processing Ltd., a Bermuda-based refinery, for just a single dollar. 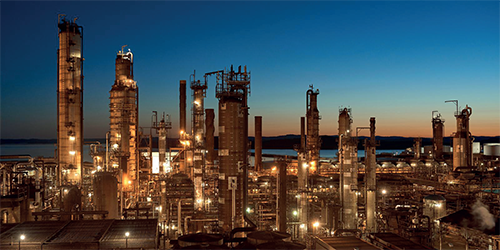 Throughout the ensuing decade, subsequent owners of the Come By Chance came, and went – before the cycle finally reached an end in 2020, with the announcement that the refinery was at risk of permanently closing amid the onset of Covid-19. But in November 2021, a new era dawned for the Come By Chance. Acquired by private equity group Cresta Fund Management, the facility is enjoying a new life as a biofuel refinery, and a new name: Braya Renewable Fuels (Braya).

As Frank Almaraz, CEO of Braya explains, the conversion of the Come By Chance refinery is a development born out of the turbulence of the recent pandemic, which precipitated drastic reductions in petroleum-based fuel demand and refinery closures world-wide. Coupled with a growing global demand for renewable and sustainable fuels, Braya’s decision to pivot towards renewable diesel was a no-brainer.

“Braya Renewable Fuels is focused on powering the decarbonized future of the heavy transportation sector, a critical component of our global economy,” Frank tells us. “This project is an ideal solution for meaningful greenhouse gas reduction, involving the conversion of a variety of clean renewable feedstocks such as soybean oil and other fats, oils, and greases. In doing so, we’re able to utilize existing processing equipment at the refinery that is well-suited for light modification to the new production scheme.”

Renewable diesel, as a second-generation biofuel that is molecularly identical to petroleum diesel, can be consumed in diesel engines as a 100 percent replacement product. “Renewable fuels are produced from feedstocks that acquired carbon during their lifetimes,” Frank outlines, when asked about the science that underpins Braya’s innovative refinery conversion.

“These materials are converted into renewable fuel and burned, during which they release CO2 back into the environment,” he explains. “However, the burning of these renewable fuels provides a net balance to emissions as the CO2 previously existed in the air before being captured by the original materials. This process differs from typical diesel and crude oil fuel production in that renewable diesel does not result in net additions of CO2.

“The benefits of this project are many, from global greenhouse gas reductions to substantial emissions reductions at the refinery, to the health of the local economy,” he continues. “The location of the plant in the North Atlantic provides many advantages for transporting feedstock from anywhere in the world and moving our product to global low-carbon markets.”

Phase I of the Come By Chance conversion will retrofit a portion of the refinery to process primarily cleaner renewable feedstocks, such as soybean oil, tallow, used cooking oil (UCO) and Distiller’s Corn Oil (DCO) to produce up to 18,000 bpd of Renewable Diesel, with an option to add minor equipment to also produce Sustainable Aviation Fuel (Renewable Jet Fuel). The development will utilize a portion of the refinery’s process plants and equipment, with the main process components of the new plant configuration including a hydrogen plant, HydroDeOxygenation Unit (HDO) and HydroIsom Unit (HI).

“We are also installing Hydroflex™ Green Diesel technology licensed from Haldor Topsoe A/S (HTAS), a Danish catalysis and process design company that specializes in carbon reduction technologies,” Frank reveals. “We will also be repurposing the utility systems, tankage, and jetty for renewable diesel operations. We will share these resources with our partner, North Atlantic Refining Corporation (NARC), who will own and operate most of the logistics assets to support the refinery. NARC also uses some of these logistics assets to run their fuel supply and distribution business for Newfoundland.” 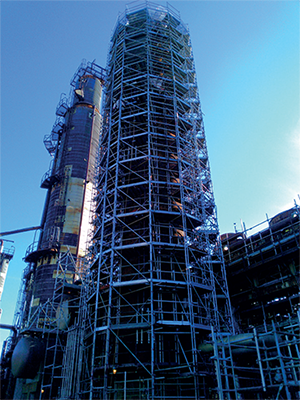 As one of a few pioneering projects in industrial-scale biofuel conversion, the successful retrofit of the Come By Chance represents a significant undertaking for Braya. But it’s also a key project for Canada as a whole, as the country seeks to achieve the goals and objectives set out in the Clean Fuel Standard (CFS), and stand up to the challenge of the global energy transition.

“As Canada’s strategy for lower carbon energy progresses, we will be in a prime location to help supply the market close to home,” Frank argues. “While the details of the proposed CFS program are being finalized, we are anxious to see how the regulation will stimulate incremental demand alongside provincial programs already in place. In any case, Braya will be one of the largest producers of renewable diesel and sustainable aviation fuel (SAF) in the country and will be positioned to supply growing volumes of renewable fuels, especially in Eastern Canada.”

As a vital asset to the province of Newfoundland and Labrador, the project will also bring benefits on a local scale. “Come By Chance is an important local employer,” Frank tells us. “The conversion of the refinery into a renewable fuel facility is a big benefit for Newfoundland and Labrador, as it ensures a bright, sustainable future for the refinery and its workers. The plant will provide hundreds of jobs during construction, and approximately 200 jobs during operation.

“While the procedures and know-how are similar between the repurposed petroleum production facility and the converted renewable diesel production facility, there will be some level of new training required for the existing workforce,” Frank says. “We have no doubt in the ability of our workforce to make the necessary transition. Our deeply committed workers are personally invested in the success of Braya Renewable Fuels. The new chapter we are writing greatly benefits families, the community, and the province.”

For Phase II of its project, Braya harbors plans to add feed pre-treatment capabilities to the plant, enabling the utilization of a wider range of less expensive feedstock, such as Canola. The addition of hydrogen production to the facility, meanwhile, is set to expand its capacity to 24,000 bpd of renewable diesel. “We’re actively analyzing opportunities to increase efficiency, including the potential for green hydrogen production,” Frank confirms. “After the completion of Phase II, the RDU will be one of the five largest renewable diesel production facilities in the world. It will supply lower GHG emission fuel alternatives to Newfoundland and Labrador and to the global market.”

With the conversion ongoing, and production of renewable diesel at Braya set to begin in late 2022, Frank expects a high level of activity at the refinery in the coming months, and cites the company’s “laser focus” on delivering what is set to be a world-class conversion project. “We’re on our way to positioning Braya as a leader in renewable fuel production and providing safe and sustainable jobs for the community and the province,” he goes on. “We have an incredibly strong and experienced workforce and we’re confident that the Come By Chance Refinery will soon be one of the world’s premier renewable fuel facilities.

“Looking further ahead, the converted Come By Chance facility opens up other opportunities that we are interested in exploring, including new products such as sustainable aviation fuel,” Frank concludes. “As jurisdictions around the world change their regulations around CO2 emissions and fuel requirements, the number of potential markets for this facility increases.

“California is the biggest market for renewable diesel and sustainable aviation fuel, but with environmental regulations and sustainable fuel requirements being introduced around the world, new and larger markets may appear across the continent and globe. With that said, we will look for ways to meet the demand of a dynamic marketplace through increased capacity, production process efficiency, and feedstock flexibility.”