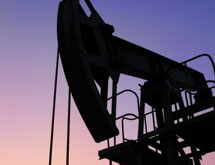 There’s a certain peace of mind that comes from dealing with an expert, and that’s exactly what Barlon Engineering Group seeks to give its customers in the oil and gas sector.

Vice President of Drilling Services Dale Gies says the company has become one of the most sought-after providers of drilling and completions service management and field supervision in western Canada because of the depth of its experience and expertise. With the company’s abilities on display, Gies says, Barlon Engineering Group has earned the respect of customers.

“Our clients know that this is all we do, day in and day out,” Gies explains. “We’re experts in our field.”

Founder Barry Long ran the company as a one-man operation at first, and brought in Douglas Long as a partner in 1992. After marking its 30th anniversary in 2012, Barlon Engineering Group employs 50 consultants to help manage its customers’ jobs. The company is currently run by Douglas Long, president; Gabriel Kobel, senior vice president; Phil Johnson, vice president of engineering; and Gies.

Barlon Engineering Group’s customer base has evolved over the years, as well, expanding to include larger oil and gas companies looking for direct experience in drilling or completing specific types of wells.

Through strong word-of-mouth, Gies says Barlon Engineering Group expects to continue growing in the near future. With the recent addition of mining services to its portfolio of expertise, the company has placed itself in a strong position to succeed.

Expertise and Experience
Barlon Engineering Group is built on the know-how of its principals, and Gies says that continues to be the company’s key advantage to this day.

“I believe our greatest strength is that every one of the managers in our office has worked in the field from the bottom up,” he says. “As issues arise in the field, we can fix them quickly because we’ve all been out there and seen it from a field level.”

Even though the competition in the oil and gas sector is fierce for engineering and drilling service firms, Barlon Engineering Group has been able to elevate itself above the pack through its strong reputation and long history of satisfied customers. It’s for this reason that Gies says the company doesn’t utilize a sales staff.

Although many of its competitors have salespeople out in the field touting their virtues to potential customers, Barlon Engineering Group knows that referrals speak louder than any sales pitch, and referrals come from quality work and satisfied customers.

Another significant advantage Barlon Engineering Group has brought to the marketplace is its dedication to safety, Gies says. He says the company always is working to improve the safety of its operations not only out of concern for its employees and contractors, but because working safely ultimately reduces costs on the job site.

“That’s first and foremost in everyone’s mind now,” Gies says. “It’s great for everybody that’s working out in the field. Everyone is not just talking the talk, but finally walking the walk.”

The concept of zero harm in terms of health, safety, environment and community is now the No. 1 priority in many oil and gas companies’ safety programs, and Barlon Engineering Group benefits from its broad base of oil and gas customers.

Gies says that because the company’s customer base now includes some of the biggest names in the industry, Barlon Engineering Group has the opportunity to observe how these companies operate in terms of safety and environmental policies and pass these learnings on to clients.

“Part of our business is ensuring we’re ahead of the game in safety and environment,” Gies says.

Still Growing
Barlon Engineering Group continues to grow, and Gies says the company has good reason to be optimistic about its future. A number of new initiatives are giving the company greater capacity to serve customers in multiple ways.

For example, the company expanded into mining operations in 2008, and today it is working with Thyssen Mining on a gold mining project in Elko, Nev., drilling freeze holes.

“That’s opened up another door for us,” Gies says.

He adds that Barlon Engineering Group is planning and managing all of the day-to-day drilling activities on the mine, and was chosen for the project based on its experience in these specific styles of freeze hole drilling projects. Gies explains that this process involves drilling 35 wells in a circle within a 55-foot diameter.

With the addition of mining services and the company’s recent expansion into the United States, Gies says Barlon Engineering Group is in a good position for the future. Even with the new services it has added and continues to add to its portfolio, Barlon Engineering Group continues to leverage the experience it has accrued over the years to serve its customers no matter where they are.

“We are proud to have been around for 30 years and look forward to the future,” he says.